The DPR6000B rectifiers are three-phase, 125A, 48V rectifiers that can deliver up to 6kW output power. Two models are available: the DPR 6000B-48 ID:A1 for 480V input applications and the DPR6000B-48 ID:B1 for 208V input applications. The high-efficiency technology in the DPR6000B rectifiers reduces waste heat from the power conversion process, resulting in a high power-density module that delivers dramatic ongoing cost and energy savings. In fact, DPR6000B delivers 96 percent efficiency power conversion for high power applications. 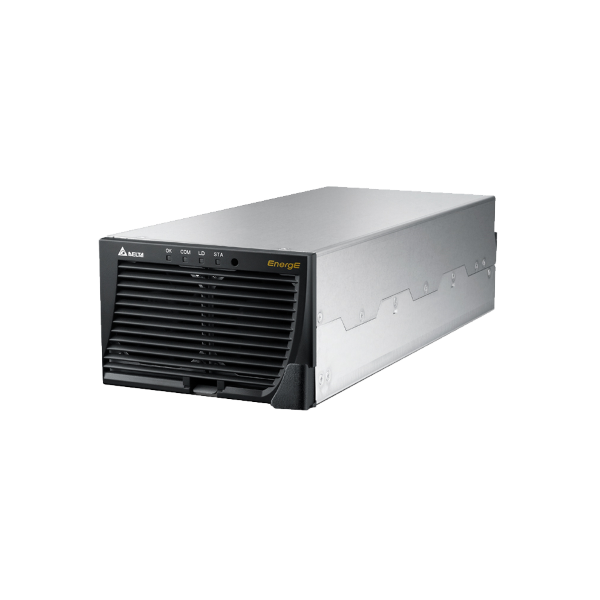 “The applications served by this new rectifier family need growing amounts of power and will reap a significant operating expense benefit from upgrading to HE technology,” said Roel Cortez, Vice President of Sales & Marketing at Eltek. “The addition of the DPR6000B family will mean customers can continue to count on the Scalable System and EcoTower to deliver reliable and efficient power conversion and distribution.”

The Eltek EcoTower DC Power System measures 24” W x 84” H x 24.8” and is a single-cabinet solution for medium and large power applications. The EcoTower has a front-access design and has a maximum output of 2400A. The system can be equipped with as many as four different DC distribution panels per cabinet and can support up to eight battery connections. In addition to DPR6000B rectifiers, the EcoTower also supports Flatpack2 HE 48V rectifiers for up to 2400A of output power. The system is managed by the Smartpack2 controller.

The Eltek Scalable DC power system is composed of rectifier bays and optional distribution bays. A rectifier bay can hold up to 30 DPR6000B rectifiers for a total output of up to 3,000A. Up to four rectifier bay cabinets can be cabled together to support very high-power applications. At scale out, the system can support up to 500,000 watts.

About Eltek: Eltek is a strategic technology partner for power solutions. The company has operations in more than 40 countries. Eltek focuses on power electronics markets, where it is one of the leaders in telecom power and a growing force within industrial applications. Eltek is also pursuing growth opportunities within the datacenter market. Eltek is headquartered in Drammen, Norway and became part of Delta Group in 2015, a leading power and thermal management provider.